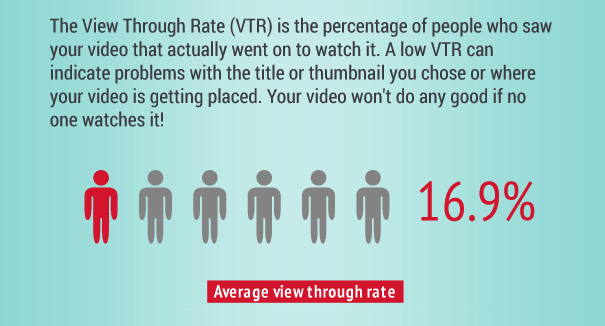 Gone are the days when video was ranked on YouTube based on the number of clicks it received. What now drives rankings and discoverability for videos on YouTube is the amount of time viewers actually spend watching a video and spend on YouTube as a platform. This means that if viewers like the content they […] 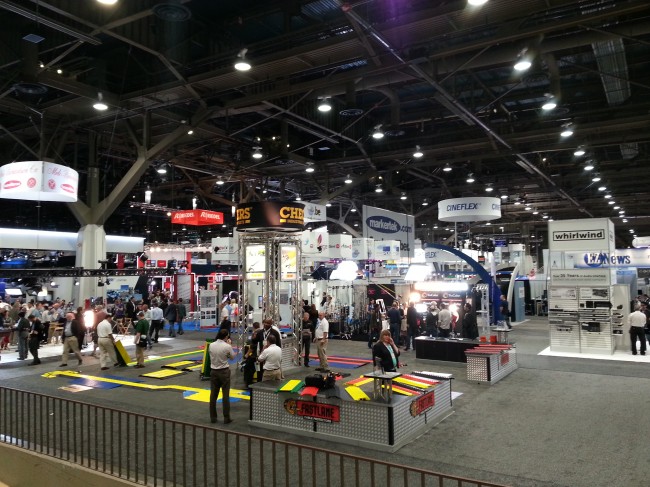 The NAB Show, the biggest tradeshow for film and television production got underway in Las Vegas last week and the overall grandeur of the event did not suggest any problems the industry might be experiencing. Some manufacturers, such as Canon and Sony, dominated the Central Hall with booths the size of football fields. Other exhibitors, while present, showed a maybe more subdued image, slightly more indicative of the current economic climate. Media M8 joined other Ventura and Santa Barbara video production professionals in networking and marveling at the possibilities new technology brings to the creative process.

One booth with incredible energy and confidence was micro camera manufacturer GoPro, showing off its Hero3 Black edition camera, which can shoot HD video content up to 120 frames per second. The camera can be controlled through a smartphone, which is also the only place you can actually see a preview of the image you are filming or photographing as the camera is so small that there is just no space for a LCD preview display or a viewfinder.

GoPro is aggressively pursuing the market of active amateurs by offering accessories that allow to mount the camera easily on a surfboard, bike or motorcycle helmet, or via a suction mount onto a car (or any smooth surface). Take a look at GoPro’s video of the day from April 15, 2013:

The price of the camera ($399 Retail) makes it affordable enough for the tech savvy action sports enthusiast, while not making it a mortgage crushing experience should the camera suffer damage during a hair-raising stunt. Should this not be enough for the aspiring filmmaker, a remote control helicopter rig for the camera allows to record aerial shots otherwise reserved for big budget Hollywood productions. The DJI quadcopter rig is small but easy to control and potentially more stable than a single rotor remote control helicopter. At a prize point that will place it under countless Christmas trees, we will likely have to get used to this little drones above us. Read a review by the Pro Video Coalition.

Google CEO Eric Schmidt commented recently on small drones potentially spying on neighbors and while he didn’t explicitly mention this rig by name, in the wrong hands this device could do it. At some point, the FAA might start regulating this kind of device.

Another selling point of the GoPro system is that you can control up to 50 cameras with one remote control and thus capture a specific action from many different angles. The company showed this very effectively with a skateboarder jumping over a NYC taxi cab by capturing the jump from every conceivable angle.

At NAB, GoPro managed to – literally – make noise, by raffling cameras and gear to those present at a specific time. Attendees were invited to express their excitement about the company in lout chants of “GoPro, GoPro, GoPro!” The Las Vegas Convention Center halls are significantly larger than even a large big box store, but you couldn’t have missed the chant in the Central Hall.

Look at this project filmed on a Canon 7D with the intention to use chroma key to replace the chroma blue/green with a virtual, motion graphics based background. Using Adobe After Effects, Keylight 1.2, and an elaborate overhead camera rig, we achieved a clean key and a successful end product. With the support of general manager Anders Tylman-Mikiewicz and director of the user experience team Jonas Söderqvist, Media M8 created a short video project for the Volvo Monitoring and Concept Center in California. The project illustrates the development of a state-of-the-art system that has found its inspiration in comments of Volvo drivers contributing their experiences […] Lighting Workshop at TVSB a Success!

Media M8 cinematographer Jürgen Gottschalk loves light and loves to talk about it. During the Saturday afternoon (November 10, 2012) workshop at TVSB, he guided participants to appreciate and reproduce beautiful lighting for video and TV production. With the goal to improve the quality of participants’ programs, this workshop introduced the goals of lighting and […] The Next Big Thing, or Yet Another Task for Your Social Media Person?

How Pinterest is changing the social media market and helps your business. It reached 10 million unique monthly US visitors faster than any other independent site.  It counts nearly 12 million unique visitors a month. Since the beginning of 2012, the number of daily users has increased 145%. Pinterest, a social media sharing site for […] 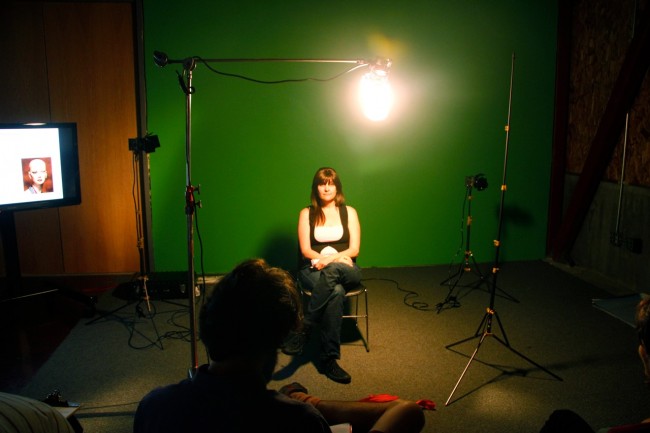 Next to an engaging and interesting story, lighting can make or break a film.  For some filmmakers, the lighting process can be downright intimidating.  For aspiring and experienced TV content producers who participated in CAPS-TV’s first ever lighting workshop in Ventura on Saturday, July 7, our cinematographer Jürgen Gottschalk demystified lighting and the lighting process, […]

Welcome to the new mediaM8! We are happy to announce that our new website is up and for you to enjoy. We intend to include our “Training” material soon as a separate link, so you can continue to benefit from tutorials related to creating video for your online presence.

In the meantime, check out …